I was nearing the end of what was supposed to be a 60-day solitary meditation retreat at the Monastic Academy (MAPLE). I later extended the retreat to 100 days, because it was going well – but at the time, it seemed like it was going poorly, like I had wasted tens of days of my life. I was feeling desperate.

When I began my solitary retreat in January 2020, I had heard about what the internet was then calling “Wuhan coronavirus.” At the time, I had heard that the death rates were estimated to be 30%. I entered that retreat believing I might very well die during it, and that if I were to survive, up to a third of my friends and family members might be dead when I emerged.

Although I was removed from the news during the retreat, I was able to infer in March that the situation with the virus was worsening. People at MAPLE had started wearing masks, putting up health warning signs, and putting a strange (copper) tape on all of the building’s door handles.

Moreover, I had received news that my uncle had died several days before. He had been in poor health for years, so it wasn’t a surprise, but I didn’t know for sure whether he had died of natural causes or of COVID-19.

In other words, all of this made the perfect storm for me to push the limits of my sanity and stability. My uncle had died. The world was facing a super-virus I knew little about. For all I knew, I and everyone I loved would be next. Above all, the meditation retreat I had hoped would help me find the end of suffering – hadn’t.

If meditation wasn’t going to help – or so it seemed – why not read a book about death? 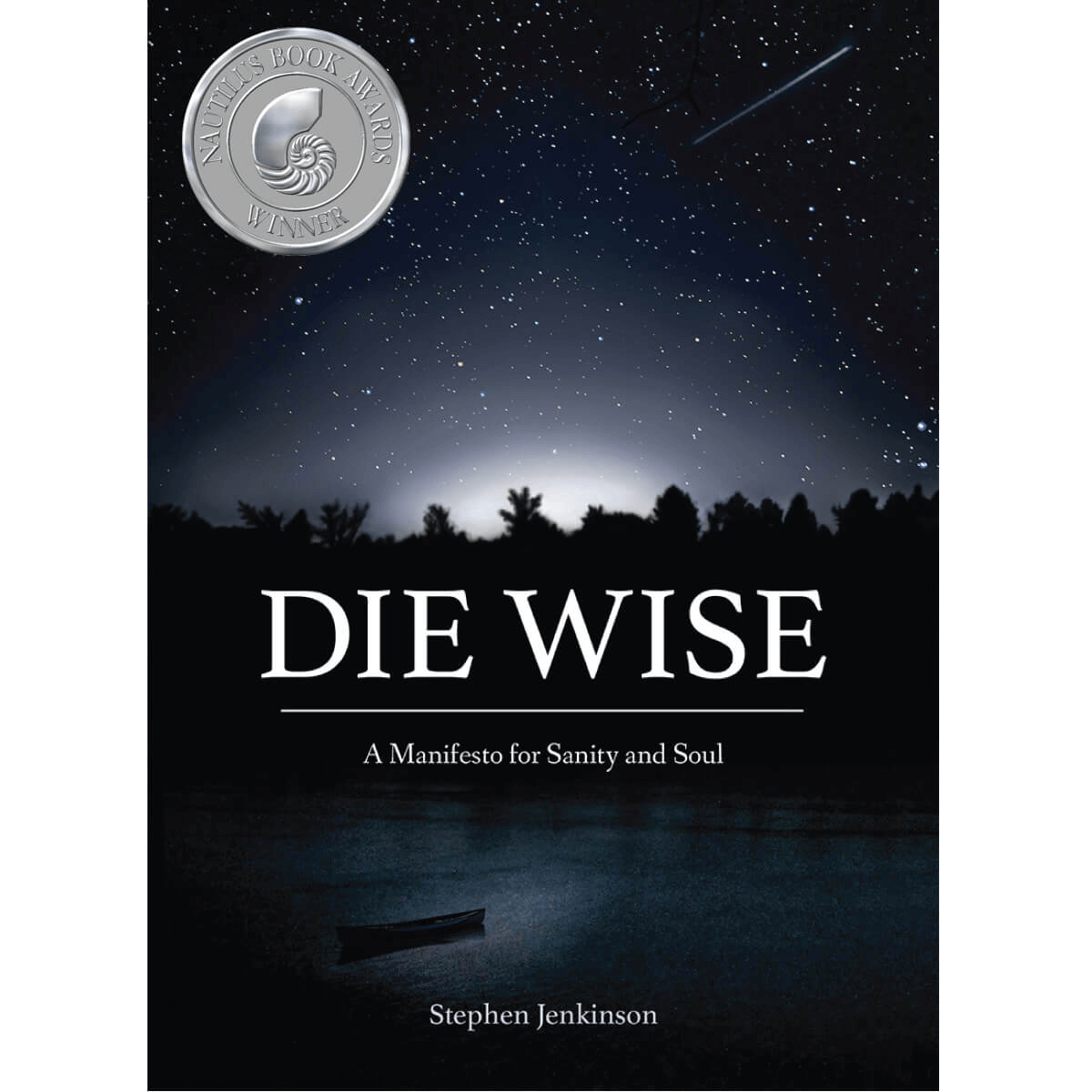 For years, we have had a copy of Stephen Jenkinson’s Die Wise on our shelves at MAPLE. Jenkinson is sometimes called the Angel of Death or the Griefwalker. He worked in palliative care in Canada for many years, helping dying people and their families to face death. He was the subject of a 2008 documentary film, Griefwalker. In recent years, he has become well-known for Die Wise as well as a newer book, Come of Age: The Case for Elderhood in a Time of Trouble, which I haven’t yet read. He is also the founder of and main teacher at an educational institute, The Orphan Wisdom School.

In the last paragraph, I introduced an unusual person in a conventional way. Here’s how Jenkinson introduces himself in his biography in Die Wise:

Conceived while the ash of the Second World War settled. A sustained and sustaining influence thereafter. I am read to beginning then, and for years afterward. Some ability to story-hear and story-see comes to me, and persists. Very young and, mysteriously, dying. Physicians can’t explain when, a week later, I don’t die after all. Eventually, everyone in the house gets used to this, and it is forgotten. Shipwrecked in the Mediterranean. A stone mason in Gibraltar. An angel visits me in Notre Dame Cathedral. Other misadventures deepen my days. Harvard University (Master of Theology): Fall in love with learning, receive an unearned scholarship and become a legal alien. In the normal confusion of such a thing I enlist in training for the priesthood, having never been to church. I am counseled otherwise, which was a good idea for everyone involved. The strange dream of a devotional life is traded for learning something of the history of the world. Gathered up into an undeclared apprenticeship to a magisterial black storyteller in America, a man aflame, and from him learn the majesty of the spoken word. Here I see incarnate human courage conjured by an endangered, endangering time, and everything changes. University of Toronto (Master of Social Work): Here I obtain a working visa that grants me entry to the helping professions. Years are spent learning the elaborations of human sorrow. Marriage and children. The limits of all things psychological become clear. The mythic and poetic poverty of my time becomes clearer. This is the principal affliction. I begin a decade in the desert unawares. Learn some skills of the hand: stone carving, canoe making. Build a house and swear I’ll never do it again. I write a book about money and what I imagine are the soul’s desires. The publisher goes bankrupt. The book is discontinued before it is continued. I buy cases of it from a bargain book outlet in a mall, and swear I’ll never do it again. Somewhere in there I enter the second half of my life. Though clearly not organizational material I am courted into the health care system. Unwisely I accept. First encounters with the mysteries of palliative care. I am now in the death trade unawares, where no one wants to die. The unadorned madness of a death phobic culture invites me to dance, and I dance. I appoint myself its adversary. The beneficiary of administrative benign neglect, I inadvertently begin the revolution of death-centered care. For a while it works: creator of a center for children’s grief, assistant professor in a medical school. The revolt is time sensitive: I am counseled otherwise again. Marriage again. The National Film Board of Canada produces a documentary on my work from this time: Griefwalker. I build another house and swear … People bereft of ceremonial tuition ask me to do their weddings, their baby blessings and house blessings and funerals, and I do them. The great longing for ancestry and for elders is under it all. An Anishnaabe elder calls me “a great rememberer,” another worthy assignment. I begin farming. Desirous of big learning I conjure a school for orphan wisdom that might teach the unauthorized history of North America and other things, certain that no one will come. I’m wrong again: they do. Teaching across the continent and in Europe ensues. Life resembles an extended rock-and-roll tour, minus everything you can think of. Grandchildren. Somewhere in there I decide to testify to what came to me during my time in the death trade. My breathing is troubled, continuing to live becomes iffy, we go to Mexico in the event that this is it. I write the dying book in the shadow of an overlooked Aztec pyramid. I call it Die Wise: A Manifesto for Sanity and Soul. The “manifesto” part troubles some people, but I decide to be honest about it. I don’t die after all, again. I go on.

Perhaps you have a sense of the man, and the book, from this paragraph, which is unlike any other author’s biography that I’ve read. Jenkinson is a wordsmith, a world-class storyteller, and a man who’s earned his wisdom. 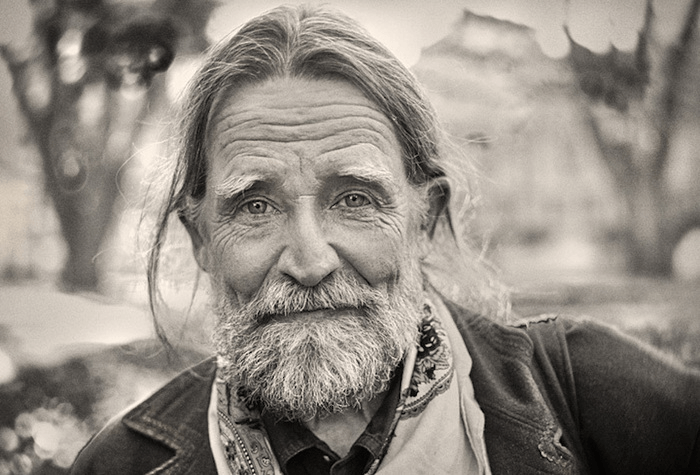 When I first came across Jenkinson’s prose years ago, I found it cloying, long-winded, and hard to take in. I found his book shortly after all of my living grandparents had died, within several short years of each other. My heart was hurting badly, and I didn’t know how to feel the grief. His prose hurt my ears and stabbed my gut.

Years later, on this retreat, I was finally ready to read his work. His words sounded totally different. They came in, page after page, as a beautiful gift of wisdom, the sharp, crisp sound of sanity, all handed to me gently, with love and poetry.

As the reviewer who wrote the preface shares, the book avoids simple platitudes and take-home lessons. It also resists simple summarization. Still, in this post, I will attempt to share the most impactful lessons and ideas that this book brought to me, both to remember them for myself and to share them with you.

Die Wise does not follow the typical structure you find in many non-fiction books. It does not have a central thesis, supporting arguments, and take-home exercises. Instead, it leaves you unsettled, desperate for a way to face death and life, both your own and others.

Despite its unusual structure, there are some central claims made in the book, whose subtitle does identify the book as A Manifesto for Sanity and Soul. In a chapter at the beginning of the book, Jenkinson does make a few claims about Dying Wise. Here they are, excerpted and abbreviated:

Again, these are excerpts from Jenkinson’s book. Like the rest of the book, this passage is more poetic than practical. However, he does make a number of additional claims in the book. These are my own articulations of his central claims:

These claims come in waves, over the course of the book’s hundreds of pages. Jenkinson inserts story after story in the body of his text – stories from his own life, or from his teachers – stories about death and the fundamentals of life. They break your assumptions about death and life in this culture, and they may nearly break your heart, too.

It is an understatement to say that I loved Die Wise. I can’t remember the last book I loved this much, and was so deeply impacted by. I would recommend it to anyone who has a loved one who has died, will die, or who will themselves die some day – which is to say, everyone. We could all stand to wrestle with Jenkinson’s observations. The book has no easy six-step plan for “Dying Wise.” Instead, it will prod you to ask yourself and your loved ones hard questions, about how you want to live, and how you want to die.

The only major criticism that I have of Die Wise is that it should be shorter. The ratio of insights to page is astonishing, and yet it could be crisper, tighter. If you read Jenkinson, or listen to him speak, the book’s length will make sense. The man loves to speak, to tell stories, to use his tongue and pen to help others. I don’t begrudge him that – but his book is weaker for its length, and will reach fewer people.

This post is not meant to replace Die Wise, but rather to remind myself and others of its ideas, and to inspire you to read Jenkinson himself in the original language, which is a majestic and singular sort of English. Even if its ideas and stories stir you up, which they are likely to do, it may still be worth pressing on and into the book itself, as well – for, as Jenkinson says, “it is a book for all who will fail to live forever.” “Blessed with a good or well-exercised memory,” Jenkinson says, its stories and ideas can prepare us for the death of our loved ones and ultimately our own death.

Thank you to Thomas Bonn for editing this post.