Going to the moon was not merely a feat of engineering – it was also a feat of power. This achievement was so incredible it led to the word “moonshot” being adopted in our culture. If your ambition is to accomplish a moonshot, you will need to master power.

Look no further than the work of Samo Burja, which provides the best introduction I’ve seen to the theory and practice of power. In this post, I’ll share some of Samo Burja’s biggest ideas and how you can learn more. 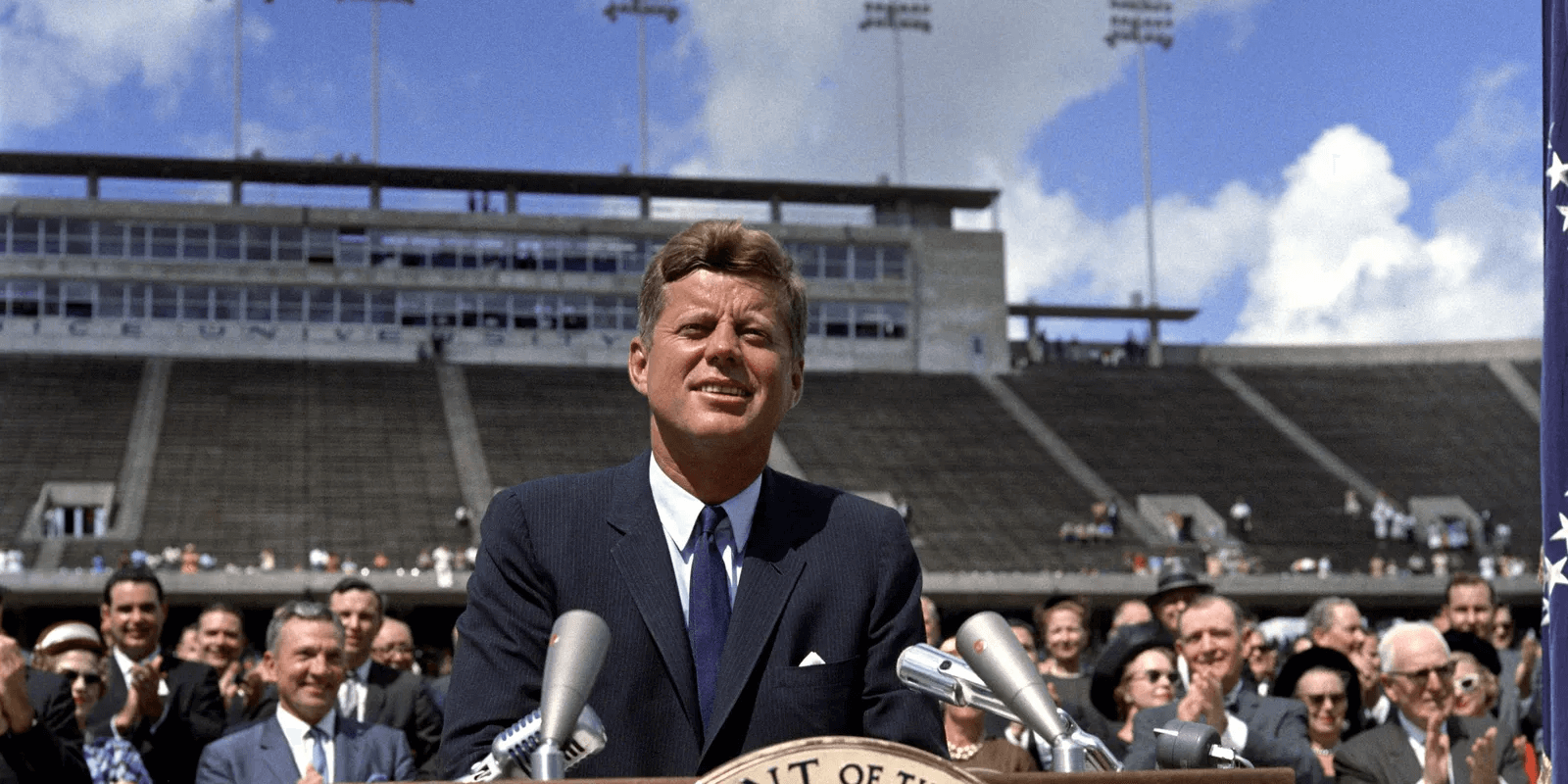 What happened in the years between JFK’s speech and Apollo 11’s landing in July of 1969? How did JFK, NASA, and others actually accomplish a lunar landing? And why has it proved so difficult to go back?

The moon landing was an incredible feat of engineering, but it was also a feat of power – and not just JFK’s power. A decades-long alliance between actors like Wernher von Braun, Walt Disney, JFK, NASA, and Congress led to the success of humanity’s first lunar landing.

Wernher von Braun was a rocket scientist for Germany who, at the end of World War II, was moved to the United States as part of Operation Paperclip. Although he was working with the US Navy on rockets, he dreamed of helping mankind reach the stars. In order to accomplish that goal, he partnered with Walt Disney to create documentaries. They produced three documentaries: ​Man in Space,​ ​Man and the Moon, and ​Man on Mars and Beyond​. 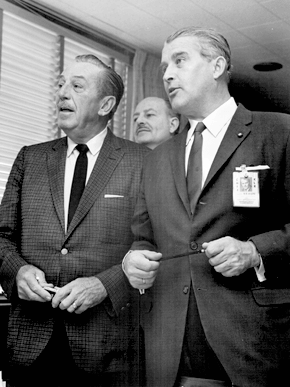 With that vision of space exploration galvanizing the larger culture, Kennedy’s speech did three critical things: it gave NASA a mandate to officially pursue the goal of a lunar landing; it helped NASA to receive funding from congress; and it gave engineering the prestige needed for NASA to recruit the country’s best engineers. In the 1960’s, between the Disney documentaries and the Kennedy speech, working for NASA was like working for Tesla or SpaceX today.

Samo shared this larger history behind NASA’s lunar landing on David Perell’s podcast, The North Star Podcast. Samo is a sociologist and the founder of Bismarck Analysis, a consulting firm that investigates the political and institutional landscape of society. In the podcast, Samo shares the full story behind the lunar landing and even more fascinating details. If you get nothing else from this post, listen to David Perell’s podcast interview with Samo!

The United States is currently trying to go back to the moon by 2020 – whether we succeed or fail will depend on power. It isn’t just space travel that’s at stake. It’s also life on Earth. We’re facing multiple threats that could destroy life on earth, including global warming, nuclear warfare, and artificial intelligence.

The risks are high, but so are the opportunities. Solving these problems could revitalize our economy, as well as our sense of meaning and purpose. But to do so, we will need to master the art of moonshots – and that will require a better understanding of power.

With that, let’s dive into Samo Burja’s big ideas. 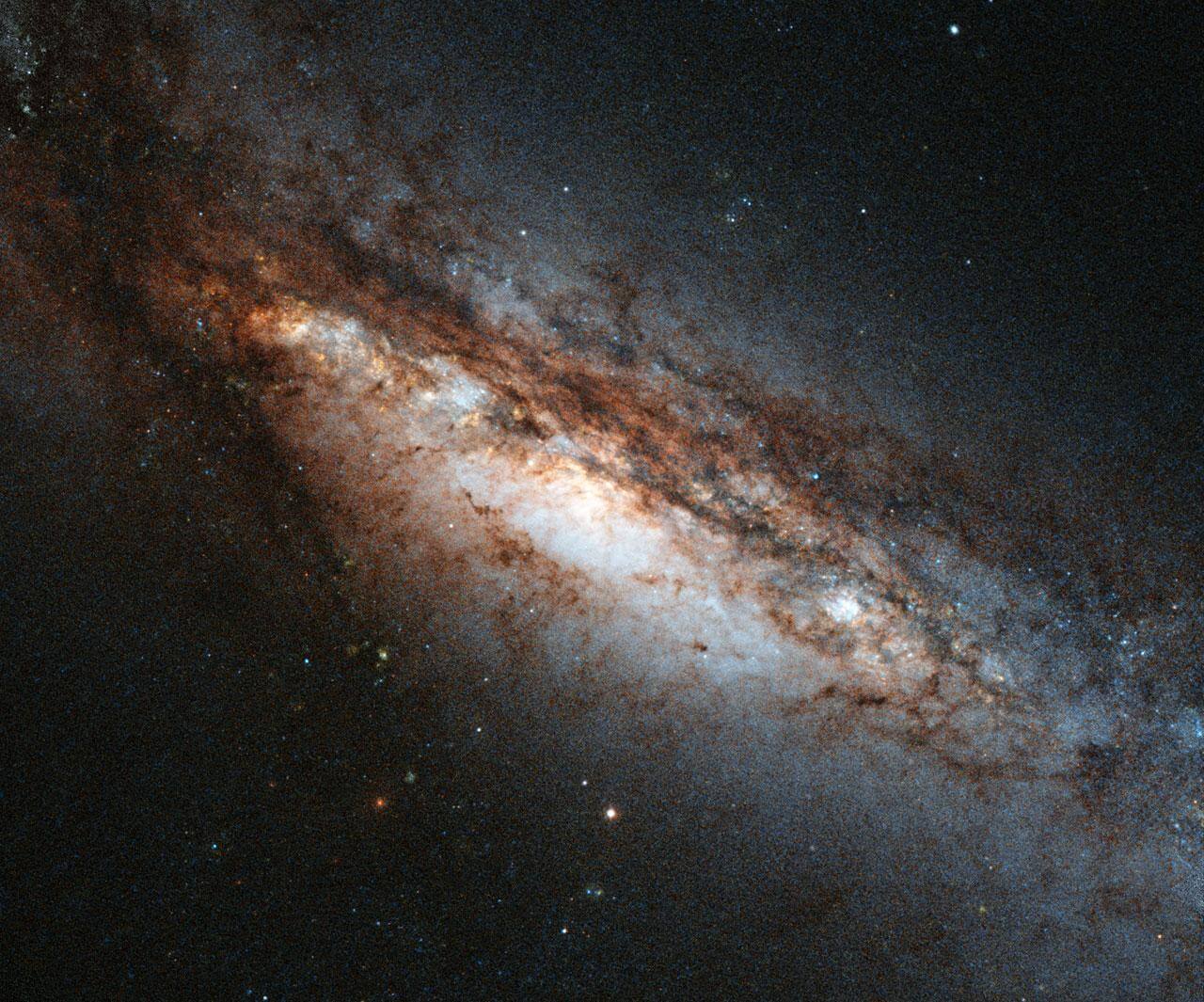 My Favorite Quotes from Samo Burja

Samo has many excellent ideas, but these two quotes have stuck with me.

On Power and Reality

Power can be used to accomplish a very broad range of goals. As such, many kinds of actors will aim to acquire power in the pursuit of their goals. The more effective they are and the better their understanding of reality is, the likelier they are to seek power.

As a monastic, this quote caught my attention. The goal of our training is to integrate wisdom, love, and power in trustworthy individuals. We claim that these skills can be mutually supportive. Wisdom can be defined as seeing reality as it really is. Samo claims that the more you understand reality, the more likely you are to seek power. I take this as an independent confirmation and encouragement of the work we’re doing – and who better to educate monastics on the theory of power than Samo?

On Competition and Cooperation

The best way to win at adversarial encounters then, is to focus energy on building out cooperative ones. In the long run, acquiring power and empowering others is mutually reinforcing rather than mutually exclusive.

Samo takes a bold stance that over time, cooperation is a stronger, more resilient strategy than, say, vicious, bloody power struggles. This perspective is at the heart of my own work at the monastery. While I’ve seen the value of cooperation borne out repeatedly, Samo’s confirmation solidified my own understanding. 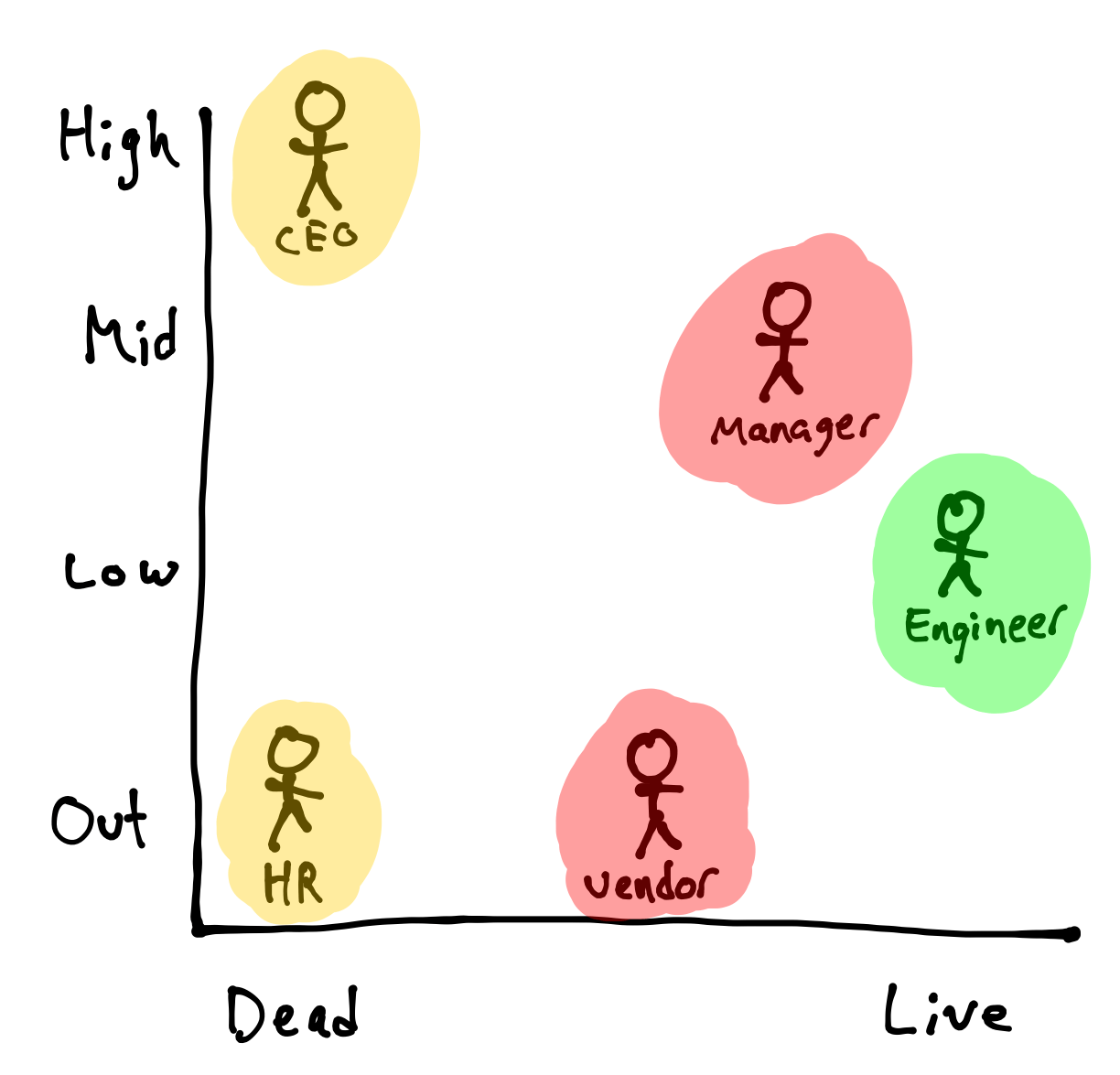 If you want to dive deeper into these ideas and Samo’s mode of thinking, you can read Samo’s paper on Great Founder Theory here, or my progressively summarized notes here. You may also find these resources helpful: 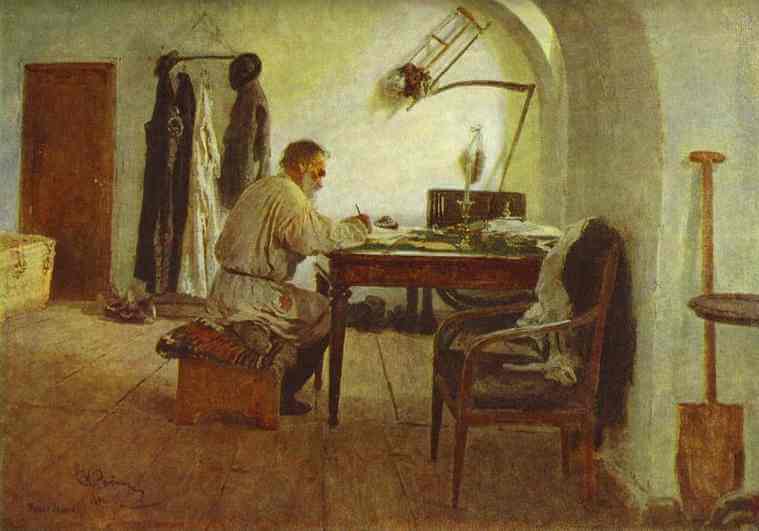 Leo Tolstoy in His Study by Ilya Repin 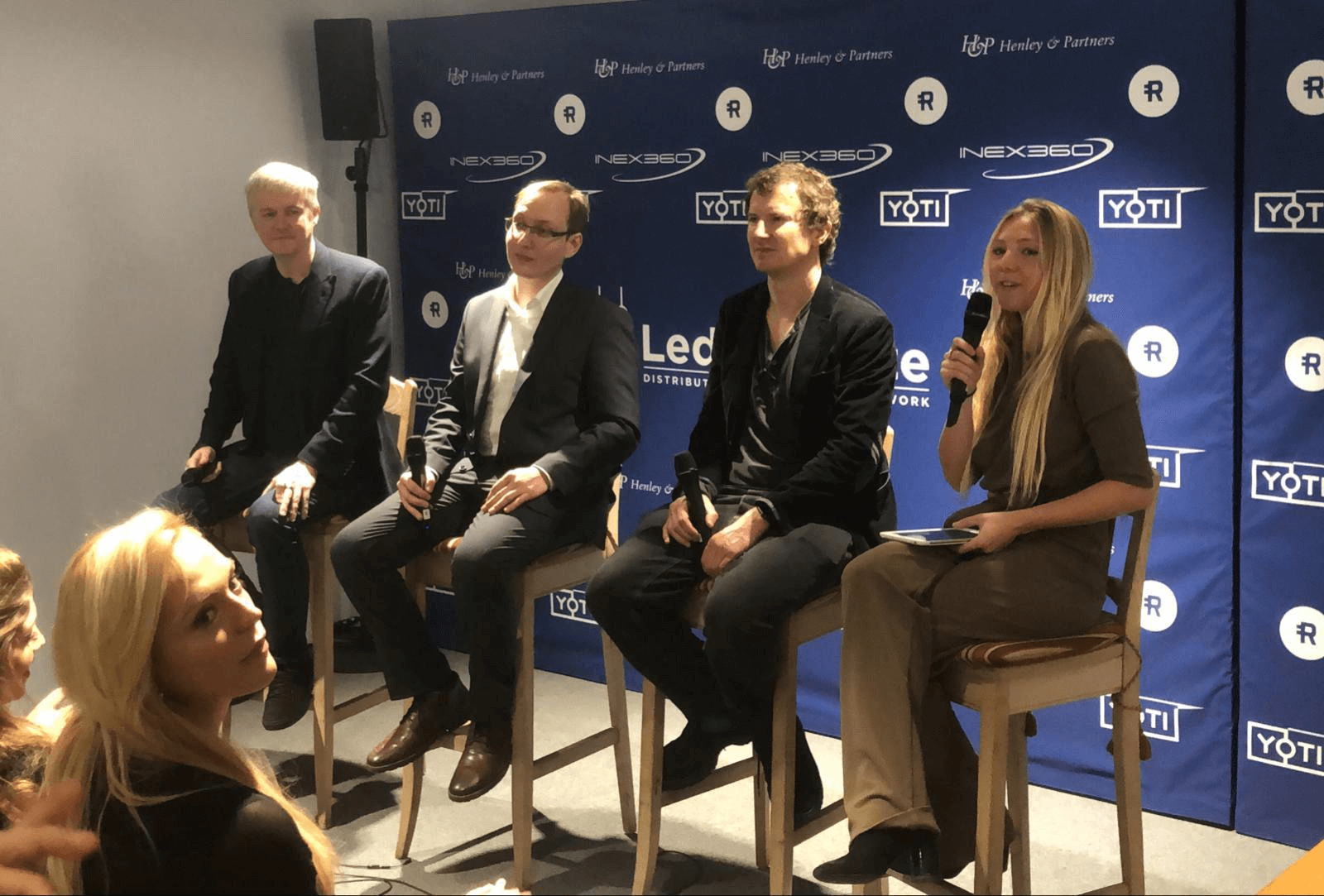 It’s no secret that I’d love to facilitate a conversation between Samo and Simon Wardley, the creator of Wardley Mapping. Both Simon and Samo have expressed a willingness to have this conversation, which is exciting! This conversation may happen at some point in the UK, the Bay Area, or online. If you’re interested in that, say so!

I would also love to hear a conversation between Samo and Soryu Forall, my teacher and the founder of the Monastic Academy. I spoke with Soryu about power, existential risks, and other similar topics in the context of our work in this longform interview. Soryu has many interesting things to say about power in the context of humanity and institutions, but one of the main axioms at the heart of his life and work is that humanity is destroying life on earth. I’d love to hear Samo and Soryu compare notes on how power works, about institutions in general and monasteries in particular, and also on the value and risks of humanity as a species on this planet.

You can follow Samo on Twitter and Medium. Recently, he’s also been posting short, accessible videos on a variety of topics on YouTube, which I highly recommend. Finally, if you need an in-depth analysis of how your work is affected by power, you can hire Samo’s company, Bismarck Analysis, to do an in-depth analysis of the landscape.