One of the main mistakes that new chess players make is to bring their queen out too early. The queen is the most powerful piece: she can move the farthest, in the most directions. A well-positioned queen can easily win games against unsuspecting opponents, especially novices. But more advanced play will punish the player who brings out their queen too early. Carefully-developed pawns and knights chase the queen, whose owner has to waste moves managing her safety.

It takes humility to realize that in higher levels of play, the queen can’t win alone. An alliance between a pawn, a rook, and a knight can be far more effective than one queen, or even a queen with one other piece.

Many of us have made similar mistakes at work. We are over reliant on our skills, thinking we can do it all ourselves. But successfully accomplishing our most important goals will require collaboration. It will require alliances.

This post contains some of the best practices I’ve discovered in developing my own skill in the art of alliances.

Samo Burja’s work is at the foundation of my thinking about alliances. Samo says that in adversarial, competitive landscapes, the best strategy is to “focus energy on building out cooperative [alliances]. In the long run, acquiring power and empowering others is mutually reinforcing rather than mutually exclusive.”

This article alludes to many of the concepts from Empire Theory, one of Samo’s conceptual models. If you’re not already familiar with Empire Theory, you should read this blog post before continuing. I’ve also found it useful to develop a methodology around visualizing hierarchical power structures, which I call Burja Mapping.

Within Empire Theory, Samo makes an important distinction between narrow and broad alliances:

Broad alliances are unusual, but are extremely high leverage.

Within your own empire, you want to identify who your allies are and build broad alliances. Specific projects will have allies who are more or less useful. There may also be enemies to avoid. But some people will be helpful in many contexts within that organization, and you will want to cultivate broad alliances with them. With the alliance secure, you want to focus on empowering them. In particular, the best strategy is to help them to cultivate their owned power, in particular their knowledge, skills, and relationships. This can require creative thinking but pays off tremendously in the long run. The more powerful your allies are, the more powerful you are.

If you want to collaborate with another organization, know that you are “Out”. Their leader or leaders are “High.” Initially, it seemed to me that I should ally with the High player in a given empire. They are, after all, usually the founder of the relevant organization, and tend to be the public face of that organization, as well.

While this is the obvious strategy, it is not the most effective one. High tends to move slow, as a bottleneck – like the king in chess, they move slow but are the “point” of the game. There is usually a “queen,” a Mid player who can move fast and get things done. (Somewhat confusingly, I’m making a different point here than the one made at the beginning of the post, which also used a chess queen as a metaphor. Sorry.)

King and Queen by Randy Pagatpatan

This player has a mix of borrowed and owned power, and is a live player. They are actively seeking new opportunities and inputs, which can help them achieve their own goals as well as the goals of their larger organization. In competitive environments, this relationship can be “tense, because it is risky for mid players to interact with outside players.” But I’ve found that in cooperative environments these are the most rewarding relationships to identify and build.

You may also wish to coordinate as an individual actor with other individual actors, irrespective of the hierarchies / empires they are part of. Here, Empire Theory is not the best lens for orientation – networks are.

For example, I got together with one of my broad allies, and we listed all of our respective allies, as well as the relationships between those allies. We used the visualization tool Kumu to make these maps. Here’s what they looked like: 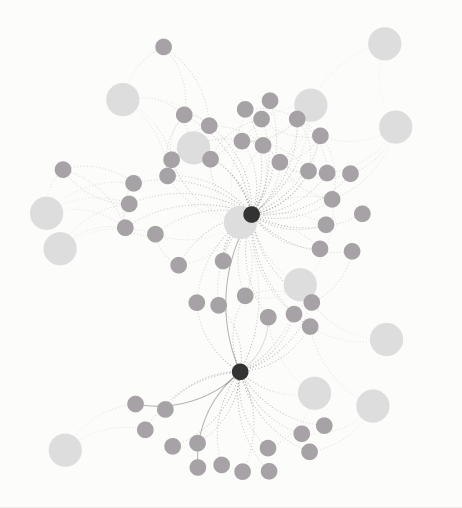 There were many allies within our map, with different contexts, roles, and goals – but we were connected with all of them, directly or indirectly. The main question I found myself asking about this map was, how can I increase the number and quality of these connections?

There are three ways to deepen connections within your network:

With each of these methods, the higher goal is to serve the network. Ideally, each individual actor benefits, but also the larger community.

Best Practices for All Alliances

First and foremost, know who your allies are, and be sure that they know you are their ally. Be explicit and even formal about your alliance. Develop the skill of alliances within the relationship. 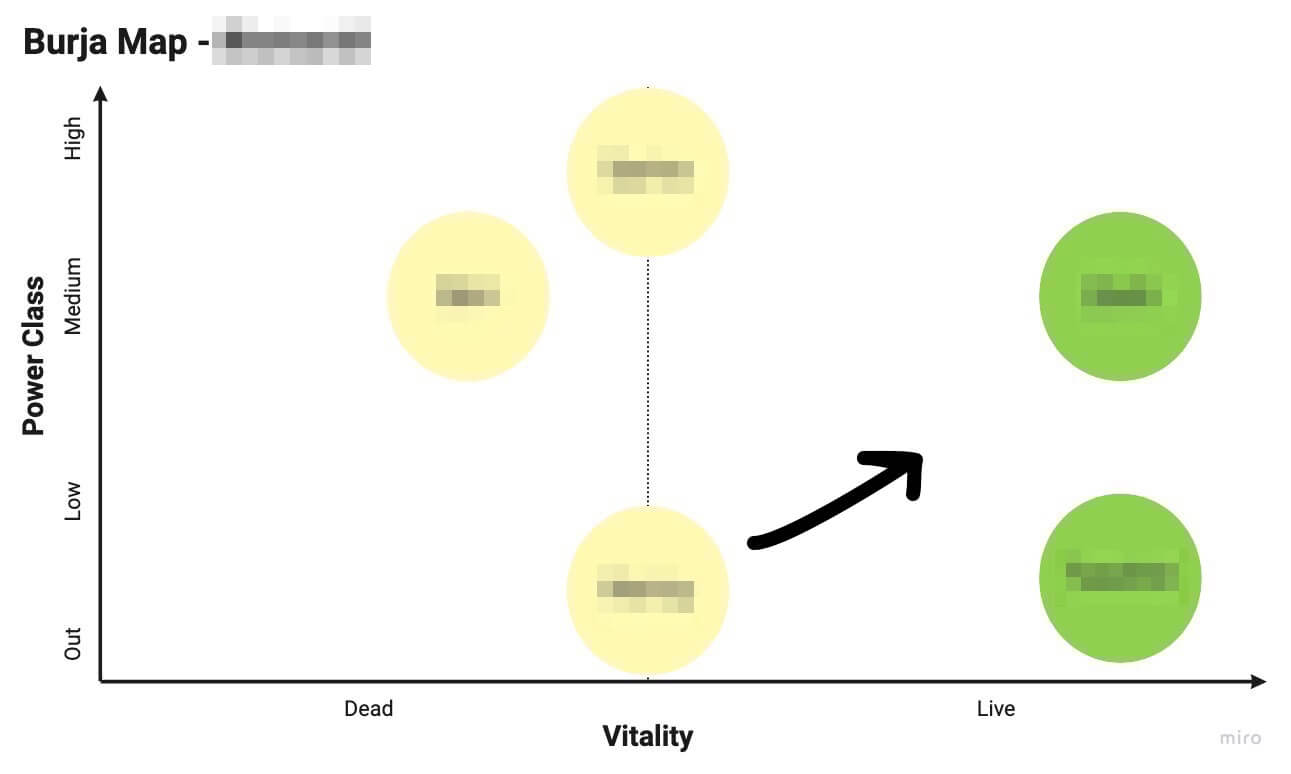 Having bidirectional situational awareness is critical. Know what they’re working on currently (current projects and responsibilities) and why (goals + vision).

First, this situational awareness of their work lets you focus more intensely on your own work.

You know that they have their topic/project area covered, and you have yours. For example, ideally i’ve got the “meditation” and “monastery” thing covered for my allies. Then they can focus on their work, and we can both look for ways to help each other and ideally the broader network. More broadly, situational awareness creates the conditions for good consequences.

Relatedly, steer towards projects and directions that benefit more of your allies. This may not be obvious to other involved players, but you need to take a long vision here.

Learn from your allies. Ask about their work, and their best practices. Ask about open questions you have or challenges you’re facing. Share what you have to offer in terms of skill, knowledge, and resources.

In my experience, a really good alliance often feels like each side is getting the better deal. You have to check in periodically, asking, “Wait, are you sure this is really good for you, too?” Knowing why they’re doing what they’re doing is key to not feeling guilty about your relationship.

Ultimately, love your allies. They are whole people, with strengths and weaknesses, big goals and banal problems. (You are too.) Be there for them when they need you, even if it’s hard or uncomfortable or socially risky. Love your allies! This is just good person-ing.

with love to my present and future allies,